One Woman’s Mission to Divert Old Clothes from Landfills

As director of the Methodist Thrift Store in Cortez, Kelly Ayers saw firsthand how many perfectly good, but used clothing wound up in the landfill. She decided to do something about it! This story is sponsored by the law firm of Downs, McDonough, Cowan and Foley and Keesee Motors

Where do perfectly good clothes that no one wants in their lives? Unfortunately, tons wind up in landfills. And Montezuma County resident, Kelly Ayers is doing something about it. You're watching the "Local News Network" brought to you by the Law Firm of Downs, McDonough, Cowan, & Foley and by Keesee Motors. I'm Deborah Uroda. As director of the Methodist Thrift Store in Cortez, Ayers saw firsthand how many perfectly good but used and unwanted clothing would wind up in the landfill. So she decided to do something about it. She and her husband, Jerry Ayers started the Four Corners Textile Recycling Company in 2017 and they have been processing, baling, and shipping more than 80 tons. That's 160,000 pounds of unwanted used clothing to large scale recyclers in Texas, California, and Washington State each year. The large scale recycling companies pay only pennies on the pound, but money isn't why Ayers took on the daunting task.

My main purpose also is to keep it out of the landfill to keep everybody from throwing it away, 'cause eventually we're not going to be able to do that. And there isn't a recycling company like this that can bundle and bale from Denver to Salt Lake, down to Texas, down to Phoenix. There is no other place to do this baling but here. So I'm just trying to get it started here in the Four Corners just to be able to start somewhere because I know we're in need here in Cortez. And I also do the Methodist Thrift Shop in Durango, and I do three of the thrift shops here in Cortez.

Ayers employs a full-time warehouse manager, a bookkeeper, and wrangles her three teenage grandkids to help her process the recyclables. Workers throw bags of clothing into a baling machine, which are then smashed into giant blocks of clothing with a compressor. The bales are then tied off and stacked until ready to ship. Each bale weighs about 2000 pounds. Ayers also accepts purses, backpacks, wallets, drapes and curtains, rugs, and other fabrics. And the company accepts items such as shoes, boots, sandals, and slippers as well as clothing with broken zippers, missing buttons, or stains. Stuffed animals can be processed too. Ayers has recycling bins at her warehouse south of Cortez off of US Highway 160, but most of her recyclables come from local thrift stores in Cortez and Durango. Used clothing can be repurposed into rags or other materials like insulation, vehicle seats, mattresses and other products. Ayers says most of our recyclables are sent overseas.

Most of it goes to third world countries. A lot is going to South America right now. You know it's very poor countries and they're needing the clothing, just the clothing and the shoes. So that's why we like it to be good clothing and stuff that they can use. But I'm sure a lot of stuff gets repurposed.

You can drop off recyclables at any local thrift store or at Four Corners Textile Recycling at 1919 South Broadway in Cortez. The company doesn't have regular business hours just yet but you can contact Ayers at 970-560-1251. Thanks for watching this edition of the "Local News Network." I'm Deborah Uroda. 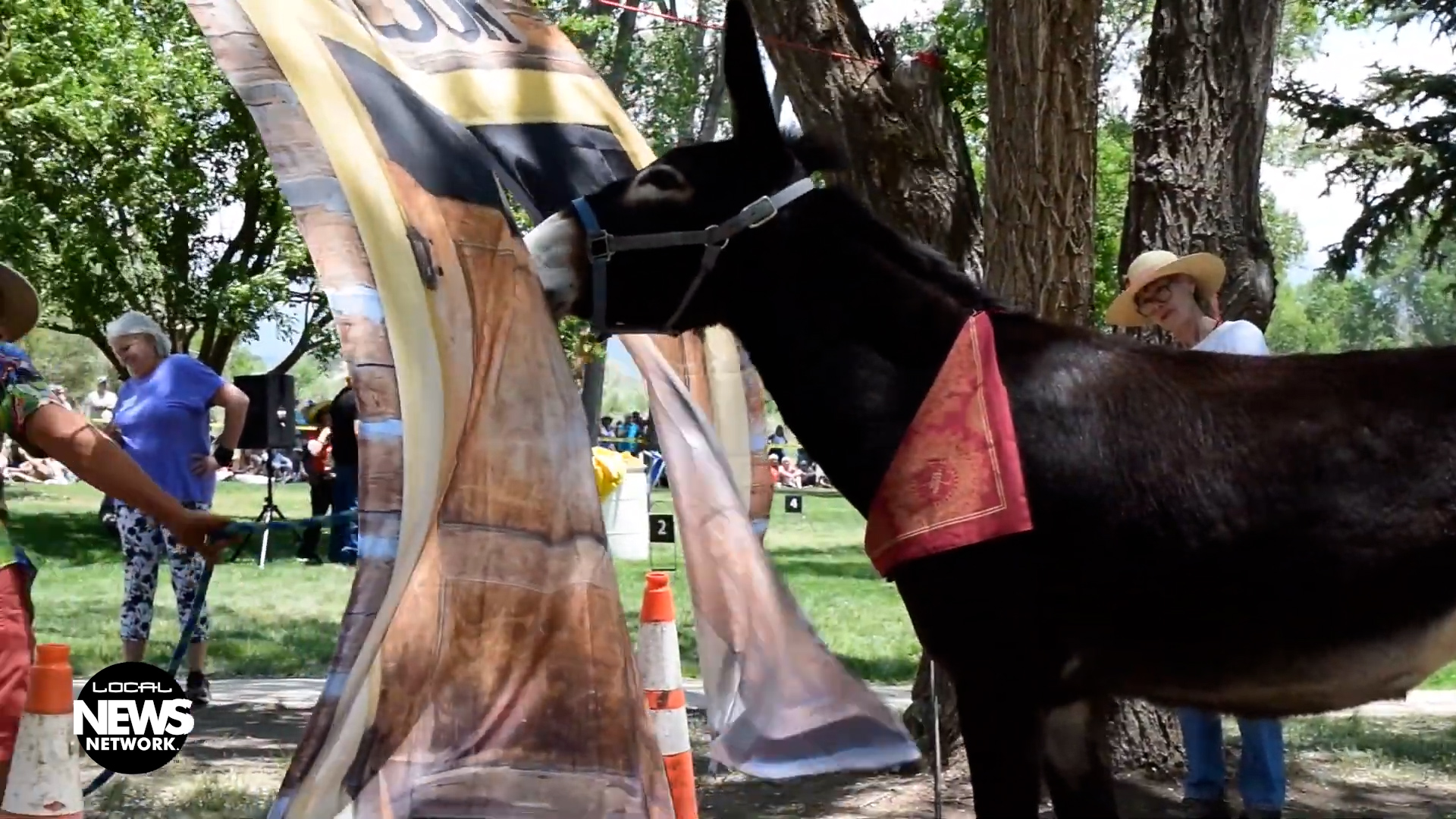